skip to main | skip to sidebar

Buccaneer spirits free flags up our mast, freedom at last to raise funds while we hedge,  to schmooze the investors with wookiest wedge.

Whether Eton or Harrow they'll all sound the same, with their,Factories in China,Hookers on yachts,Bentleys in Monaco,soon to be trips round the moon.

Fruits of free enterprise gathered by few, The global elite with a halcyon view

Have all but destined the rest, especially the ones who thought Brexit was best, to be minimum waged Amazonian slaves, as our trailer park trash, feeding the kids in a food-bank dash

But at least with her majesties face on the cash

Posted by Sullivan Reid at 11:26 No comments:

With muscles in his spit,
prowling down the stairs in tight fit Calvin Kleins
is my twelve stone hairy baby, and he wants to claim
what's mine!
It isn't always like this and we get along just fine,
but his hormones and his biceps and his whiskers
and his braun,
have jogged to Freudian overdrive like just after
he was born.
Now he's stamping round the bathroom and he's
hosing down the loo, like he's taken alpha male spot
and I'm not sure what to do.

I'm a poet not a fighter and to harm him's not my way,
I'm his silver templed guardian with a slightly dodgy back,
rarely raised my voice in anger, raised an eyebrow once or
twice.
Told him not to swear in library's cause it  wasn't very nice.
Warned him not to flash his eyes at tender hearts with
fickle words.

He's just a Puck like careless Satyr, in his room on his guitar.
Belting out a tune and riffs, throwing back his hair and then
re-waxing up his quiff.

With fake nonchalant indifference, I trot so easy down the stairs,
we keep our distance halfway down, like hungry narkie Grizzly
bears. Flick our eyes and raise our chins in semi mock belligerent
stares.

In my baggy Marks and Spencer skids, I pad up to the fridge,
he's back into Vampire weekend, and he's bellowing the bridge.

As I fumble round the veg tray for my can of Carling slurp,
I hear him flourish his finale with a floorboard rattling burp!

Dropped like pebbles twelve hour shifts, clattered lifts down wet pit shafts.
Winston's rats back down their holes and under sea, five miles outs no hyperbole.

My bloods flowed all along this stream and in my dreams are Jimmy Crawford 's hopes and schemes.
On Rokers rusted iron rails paint thick layers blistered summers gails, winter storms or twisted pasts, all amongst and within my prescient forms unveiled our presents.

Posted by Sullivan Reid at 12:05 No comments:

The edge of the wild 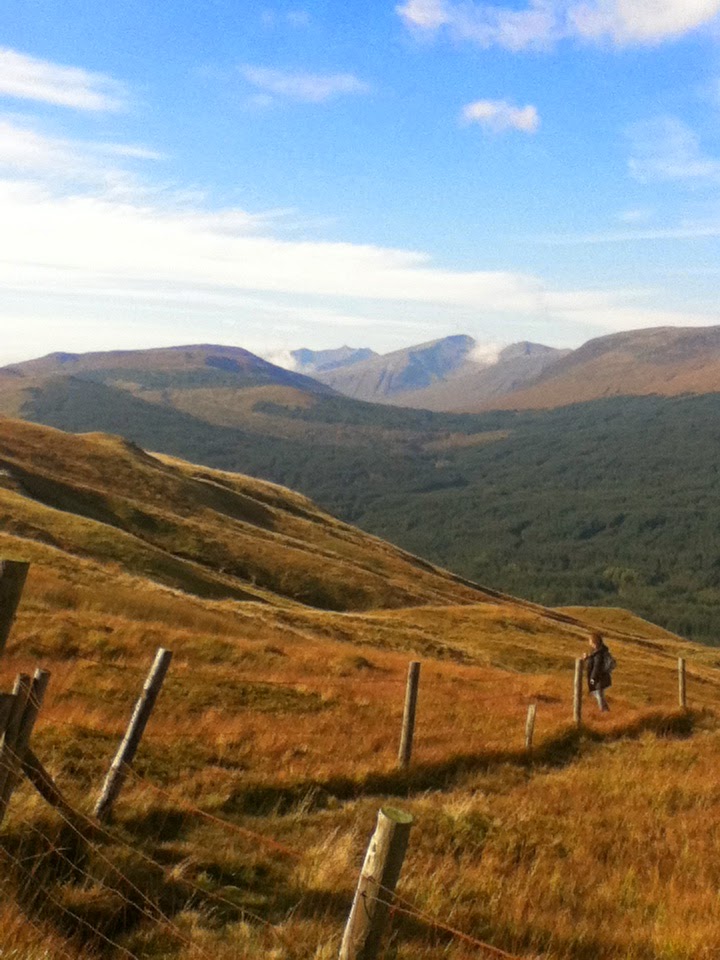 After an hour of ascent we came to the edge of human interference.
Beyond was rough heathland up to Crags and cliff, stiff with the territorial energetic roaring of stags in rut. We stayed close to the fence and traversed the mountainside in case the stags decided to charge.
They were annoyed by our presence, tearing across the mountainside, each hoof-strike exploding into mist.
Posted by Sullivan Reid at 03:22 No comments:

Getting back down south, driving into heavier traffic, getting back to work with all of the noise, mostly pointless. It brought me down with a bump and made me think about how quiet it is in Scotland.
After our climb up the hills at the back of the cottage, I sat a while reading my book, 'At the Loch of the green corrie'. It is an excellent tale of friendship, poetry and finding ones own ease and place on the Earth.
I was reading away, but getting mythered by the chickens hassling me for food or affection and I wished they would just nob off! 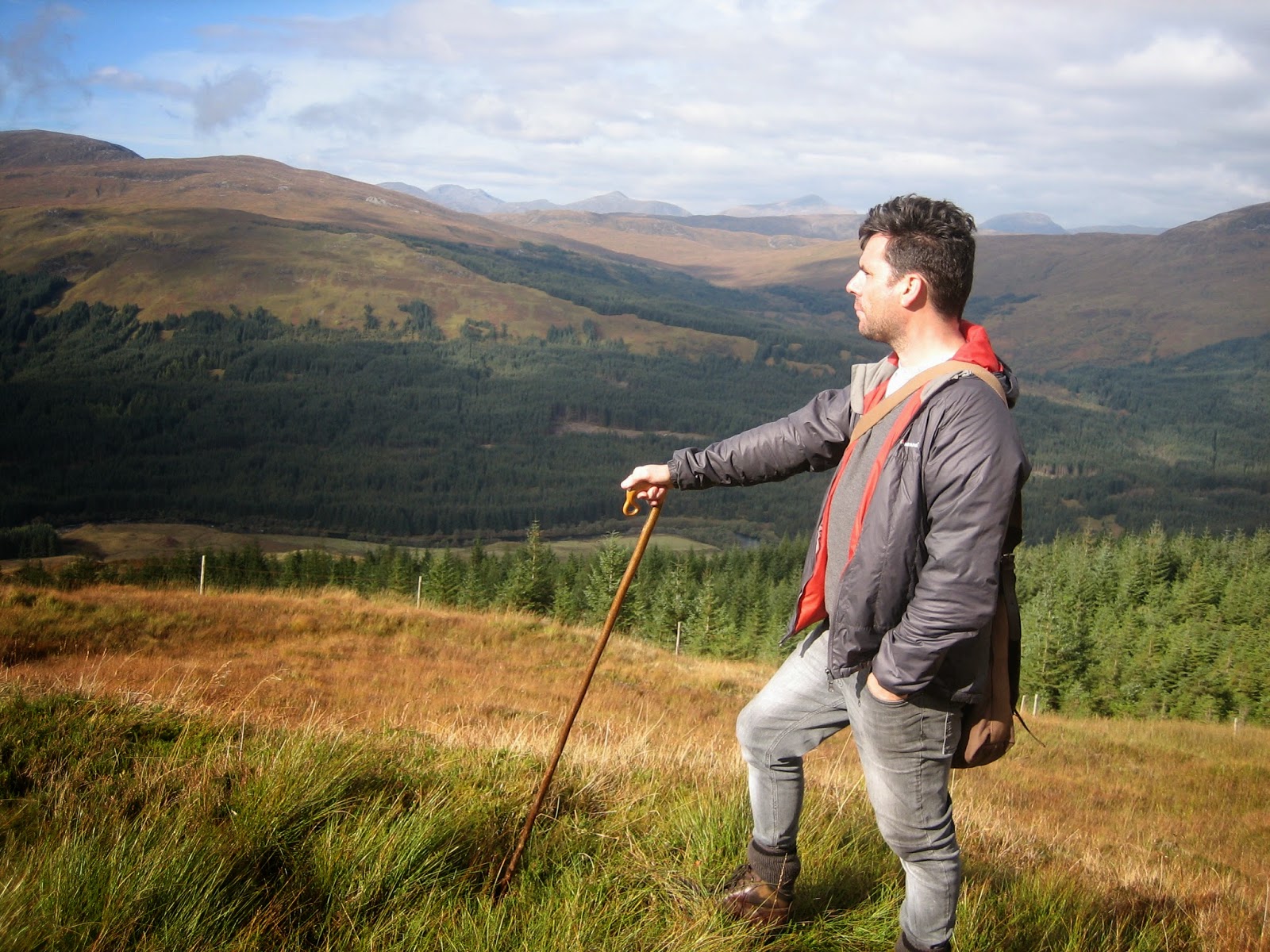 That night a young Pine marten got in and amongst killing four of them.

Today at work, my colleague, joined me on the same job and whacked on radio two. He is a nice bloke who has been at the same workplace for far too long and part of his Stockholm syndrome is soothed by the same, bland inane loops favoured by, Ken Bruce , Steve Wright and the like.
I briefly seethed some bitter karmic thoughts, but I hope he manages to not get mauled by any Mustelids this weekend, he doesn't deserve that
Posted by Sullivan Reid at 05:28 No comments:

How the west was won

Just back from a trip up north, to the Scottish part of my country.
We stayed in Glen Orchy and it was sublime. On Sunday we drove east for three hours, taking the Corran ferry to the Ardnamurchan peninsular and the lighthouse at its western tip, the farthest westerly point on the British mainland. A sunny and rainbow illuminated schlep, with about thirty nine blind summits.
Here is a shot of the old foghorn. 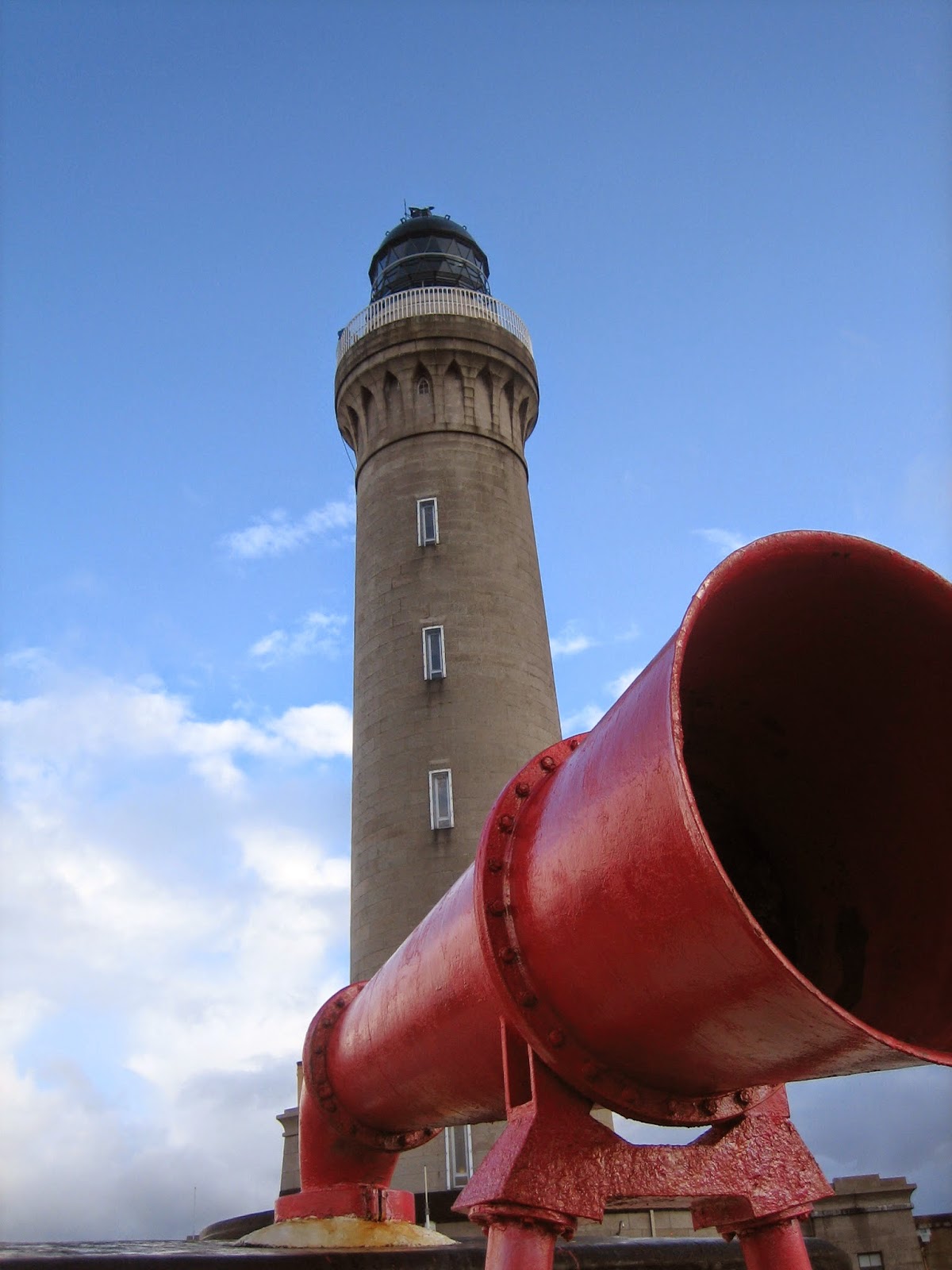 Posted by Sullivan Reid at 14:18 No comments:

I spent yesterday afternoon lazing in the warm sunny rays, trying not to be annoyed by all of my neighbours noisy garden power  tools. Mowers, blowers and jet washers.
Eventually It quietened down enough for me to throw this poem together.

I am trying to express how much I  enjoyed a recent boat trip in Greece.

In the golden days of a warm yellow June

bare brown feet astride, humans in tune, a rock and roll ride

we skid and slide with the glide, over wind sculpted 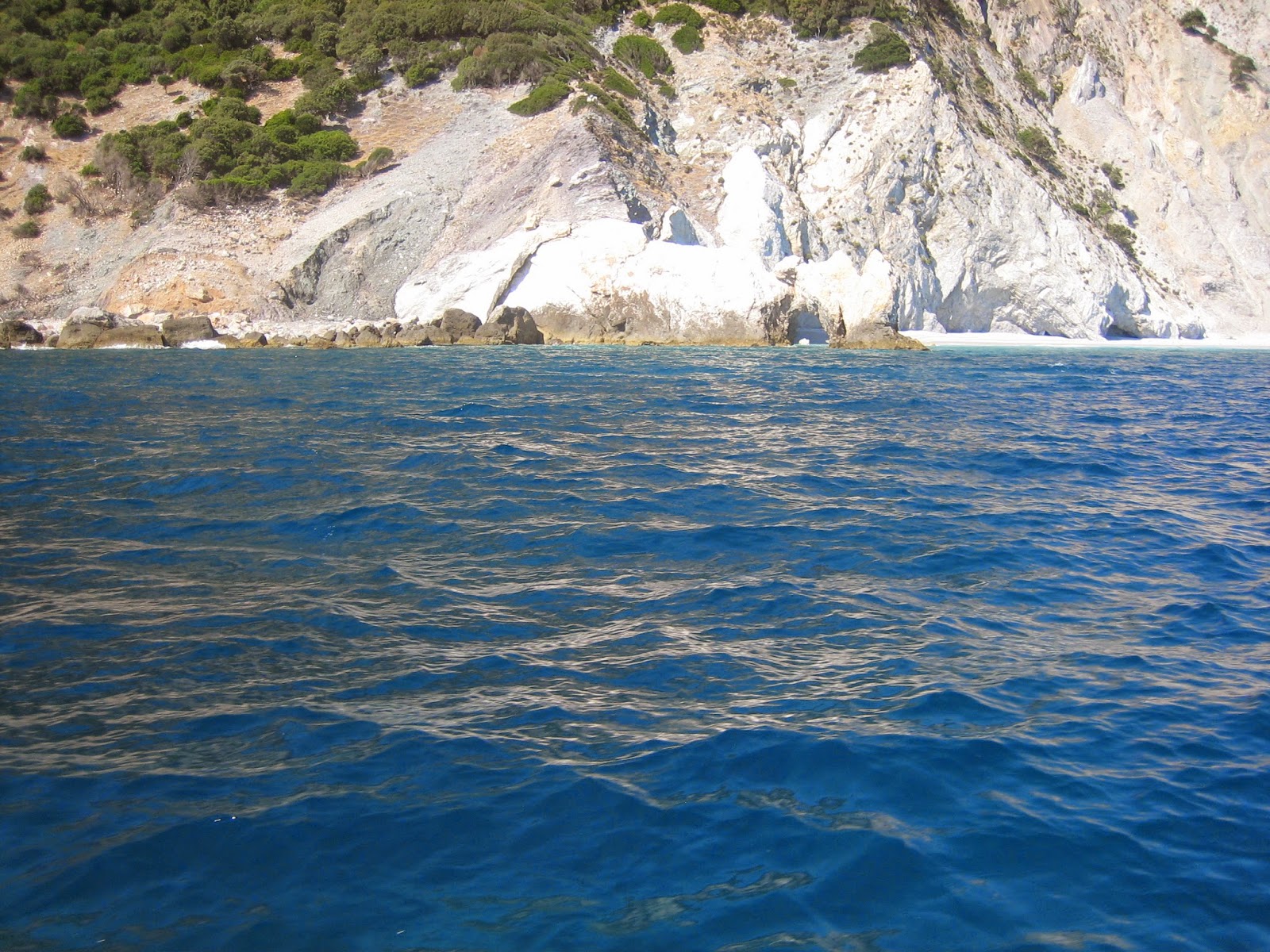 Toes and heels curl and dig at the sand course teak

fold and uncurl in rhythm, a salt briny rhyme

sway in the lines and rigging above.

They flavour our fortune, ward off the grave

appease forces of peril as we pilgrims

Sullivan Reid
I have realised that my greatest responsibility as a person is to try to understand the substance of the human experience. Each day I try to challenge my own prejudices and observe things from a new perspective. Trying to fashion my paradigm from light and of love.